The Ziggurat was a jungle temple at the heart of Hammerlea during Dragonhollow's Seventh Era.

It was a step pyramid constructed from cobblestone, green terracotta, and lime stained glass. The apex entrances were flanked by skeleton heads and the entire structure was enshrouded in creeping vines and ivy.

A portal at the apex of the Ziggurat provided instantaneous travel back and forth from Sanctuary. Four staircases descended downward in each cardinal direction, leading to paths that wound through to important areas of the city. The southern stair descended into downtown Hammerlea itself. The northern stair led to Eastbrook Raceway. The eastern stair provided access to the Phoenix Spire and docked Dhyāna Sky by means of the Hanging Bridge. The western stair dropped directly to a nether portal connected to the Hammerlea Nether Hub.

The Ziggurat was built by the Priest of Eris Zen as a member of the Hegemon Retro's build team. The initial design was intended to fit over an existing jungle temple as a sort of sheath, but instead a lime green beacon was installed in its depths, which served as both the portal itself and a part of Hammerlea's colored navigation system.

There were persistent rumors that one or more Ziggurats could be found atop an existing temple somewhere in the jungle wilderness of the Hammerlands, but this was never conclusively proven.

On 7E:86, the Ziggurat was revealed to be an alien starship when it mysteriously lifted off and began hovering around the city, requiring the efforts of Retro to land it and anchor it back in place. Inevitably, this led to idle speculation and suspicions that its architect Zen was himself an alien.

When apocalyptic Nyx arrived on 7E:120, the Ziggurat was at ground zero of the destructive forces it unleashed and was first cleaved into two and then obliterated entirely. 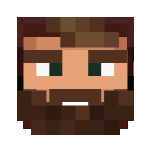