Fluffy Ferret arrived in Summergate via airship on 4E:106, following Print as a member of Print's Paper Route Gang.

Instead of settling on the West Road with the rest of PPRG, Fluffy built a home known as the Ferret Cage along the East Road in the Summerlands from which she wrote and published her books. She established friendships with fellow hooligans Dolphin, Tater, and Retro and they committed a great deal of tomfoolery together.

She designed and operated the Retro Ferret, a seedy nightclub which she co-owned with Retro.

After the ancient frozen city of Snowcrest was discovered by explorers, Fluffy opened a bookstore at the town library that served as an illegal front for the sale of recreational narcotics, stimulants, and hallucinogenics in contravention of Acey's market ordinances.

Naming Rocco a menace to society, she joined Retro and Tater in besieging his home and repeatedly killing him.

On 4E:168, Fluffy and Print became the first prisoners to escape from Brookcastle Prison.

She emerged victorious from a fist fight against Tater outside the walls of Dark Castle.

Fluffy's business interests and literary work caused some to characterize her as a lady of ill-repute and sinful degenerate, but she was also an accomplished pastor and regularly held a series of spiritual seminars entitled Serenity Sermons at the Summergate Church.

Her involvement in a misunderstanding with Print leading to the end of his brief reign at the top of Summergate Survivor was recounted in Death of Print Vol. II. She was also mentioned in Bacon of Hope and Requiescat.

Fluffy Ferret vanished unexpectedly and was never seen again. Bandits and claim raiders hijacked her beacon and the ransacked her property. The timing of her disappearance—just before completing the highly anticipated Volume III of her 8 Shades series—led to conspiracy theories suggesting retribution from the Priesthood of Eris for heresy.

Her contributions to the community survived her. Fluffy was given a grave at Summergate Sematary and her mare Shithead birthed one of the fastest horses in the Summerlands.

But her true legacy proved to be 8 Shades of Acey. After her disappearance, Retro continued to sell copies of the series at Retro's Used Books but the originals were thought to be lost forever before being unearthed and preserved by Tox, first at the Tox Box and then the Memoriam storehouse on Mnemosyne. 8 Shades would continue to be discussed for years afterward until eventually being reprinted in both the Dragonomicon and on Halfast during the Eighth Era. 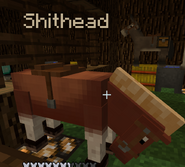 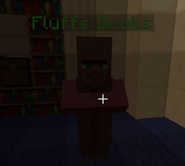 Fluff's Books, a front for her illegal drugstore 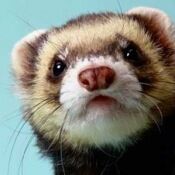